The Gluten-Free Baker: Delicious Baked Goods for the Gluten Intolerant 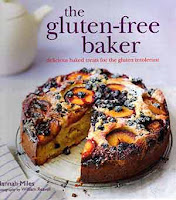 The baking realm is well known for its use of some key elements. Tried-and-true formulae for cakes, bread, cookies and pastry are a delicate balance of flours, sugars, leavening, binders and liquids. But what if one of those critical elements was eliminated from your diet or the diet of a loved one? Would you still be able to make all those beloved treats like what your mom and grandma used to bake without something as crucial as wheat flour? Hannah Miles attempts to answer that question in her book The Gluten-Free Baker: Delicious Baked Goods for the Gluten Intolerant.

Why fuss about missing gluten in a recipe? Gluten is a very important component in baked goods. It helps dough stretch and trap air bubbles from leaveners like yeast and baking powder, allowing goods to rise, it adds a chewy texture to crust and crumb, helps bind ingredients and generally provides the framework for the foods we know on the bake sale table. This protein is found in wheat, barley, rye, triticale, spelt and Kamut grasses, and those that contact them (i.e. contamination). Miles omits a few of these gluten-containing grains in her introduction; however, she does make good points about the high risk of oat contamination due to the shared processing equipment most producers use. Miles also details a lengthy list of possibly contaminated items and gives points on how to avoid a potential problem.

Though not overtly stated, it is clear to readers familiar with gluten intolerance and gluten free cooking that Miles herself does not keep gluten free in her daily life. In fact, a perusal of the jacket flap reveals that she is not even a trained cook, but a practicing attorney. While chef training is certainly not a prerequisite for cookbook authorship, nor does every gluten free tome need to be written by a celiac-stricken foodie, I feel that Miles could have taken a bit more time to research the diet in order to improve its empathetic appeal.

Miles relies heavily on a pre-formulated gluten free flour blend, though the particular type is only once mentioned in the entire 144 page piece (according to page 10, her preferred brand is Bob’s Red Mill). In the lengthy introduction, Miles declares that a gluten free all-purpose flour blend lets one “bake as you would with regular flour and achieve excellent results” (p. 6). The issue in Gluten-Free Baker is that the recipes don’t call for simply an “all purpose blend” (something I have used before) but for a seemingly imaginary “gluten free self raising flour” that Miles admits she has never found for sale (p.10). Why any cookbook author would call consistently for a product they have never used is questionable enough, but when that cookbook is trying to re-instill the love of baking back into the hearts of gluten-freers, it stands to do more harm than good. I’ve also found after many years of specialty baking experience that the “all-purpose” flours Miles likes to suggest are never a bona fide “1:1” replacement for wheat flours. While they can provide a good base ingredient, the addition of other gluten free flours and/or starches is usually required for ideal results. The fiddling that one needs to do with these “all in one” blends, as well as the wide range of formulae they come in, is why I always write recipes with individualized flour mixes for my gluten free nutrition clients and food blog readers.

Due to the fact that Miles hails from England, all the measurements in Gluten-Free Baker’s recipes are given first in (metric) weight, then (imperial) volume. Far from being a drawback, this manner of notation is actually beneficial to the would-be cook – weight is a far more precise and consistent method of measuring, which is important in any baking application but critical in the specialty goods sphere. The directions Miles includes are as a whole clear, concise and easy to follow, even for the potentially difficult recipes like the decadent-looking Walnut and Cinnamon Macarons (p. 24). Each recipe is accompanied by stunning photography by William Reavell, which is enough to draw even the most casual of browsers deep into the pages of this book. I also appreciated the wide variety of offerings in Gluten-Free Baker, especially a few recipes that were so classically European that I can only describe them as “quaint”. However, I was a little confused at the categorization of certain recipes. While all the “typical” baked goods were listed (Cookies, Brownies & Bars, Cakes, Small Bakes, Breads & Yeast Doughs, Pastry), Miles also has a section titled simply “Desserts” that is comprised of a mix of items that fit neatly into one of the other categories. Whether this was intentional or a misstep in the editing process, it is strange to search in two different places for the same type of item.

Unfortunately, the ingredients in Miles’ recipes are another story. While a recipe is titled Flapjack Pecan Brownies (p. 28), the brownies themselves are made with ground hazelnuts. The Coconut and Pumpkin Power Bars (p. 36) are lacking in any squash component. Some of the items (such as chestnut flour, culinary lavender and clotted cream) are fairly difficult for most readers to source (save ordering online, which can be prohibitively expensive). I also noted inconsistencies in ingredients from recipe to recipe in Gluten-Free Baker – one recipe will call for plain Greek yogurt, another for simply “plain yogurt”, even though both ingredients serve the exact same purpose in the final product. 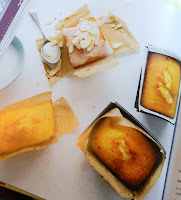 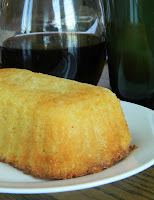 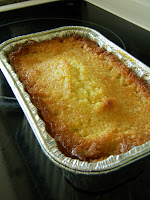 The creation and final outcome of the recipes I tested was disappointing (and frustrating!) as well – and the treats certainly looked nothing like Reavell’s artistic impressions. I attempted the Lemon &  Amaretto Loaf Cakes (p. 81) twice – and neither time did the recipes make close to the full yield Miles suggests. I only managed to get two of the 6 miniature loaves out of the batter ingredients each time, and far from taking a mere “20-25 minutes” they were only just baked through after 50. As my photo shows, they weren’t like the quaint little cakes in the book, and I wouldn’t have tested another recipe as a casual reader after that experience. The same problems with yield and bake time occurred with the other recipe I chose – the Banana & Brazil Nut Loaf Cake (p.63). A scant single loaf, rather than the two high-rising beauties shown in the pages, was what I wound up with each time, and even though I took out the buttermilk addition in the second batch the batter was still incredibly wet until about 75 minutes in the oven. Although it was technically baked through, after cooling and slicing I found the bottom had solidified into a gummy mass and the crumb colour and texture was completely estranged from Gluten-Free Baker’s photo of the dish. The saving grace of both recipes is that the flavour is decent, although as my mother (a spectacular home baker herself and a fairly adventurous foodie) eloquently stated, “they were definitely gluten free”. Sadly, Miles’ book does little to erase the stigma of gluten free products as having poor texture and appearance, and even though they may taste okay, few people would likely venture to take a bite. 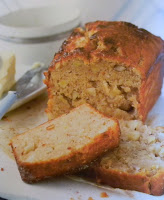 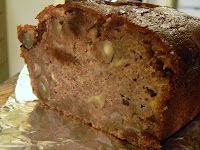 Gluten free cooking is not as tricky as many think – it is simply a blend of the right ingredients combined at the right time. The only difference is in what these elements are. Food safe for those who must go without one ingredient or another can still be a treat for the eyes and the palate for everyone at the table, and the more “normal” these items seem, the more “normal” the party needing the special diet will feel. Hannah Miles’ book The Gluten-Free Baker: Delicious Baked Goods for the Gluten Intolerant scores on one front – flavour – but falls flat when it comes to “eating with your eyes” and digs itself deeper with the consistently problematic recipe execution. While it makes a pretty coffee table tome, there are definitely other specialty baking guides out there that I’d turn to first for my next batch of cookies.