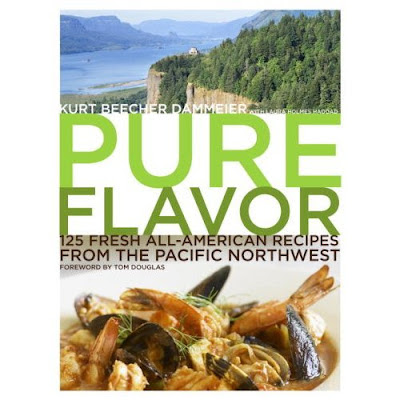 Simply titled, Pure Flavor is exactly that when it comes to it’s contents – recipes with an insistence on the enhancement, rather than the addition to, the best local offerings of the Pacific coastline. The book’s silky, full-colour cover opens with a tantalizing array of pictures, and the photography begs readers to dive into the culinary haven of Seattle’s Pike Place Market before a single word appears on the page. Thankfully, the stories the photos tell are more pleasing to the eye than the introduction, which unfortunately is akin to reading a long-winded advertisement for one of Dammier’s establishments, Beecher’s Handmade Cheese, and in fact cheese itself. Though, as an entrepreneur myself, I acknowledge the amount of work and resources involved with starting up and running a small business, it is an unnecessary and out-of-place component in this book, especially considering that this is not a cookbook that specializes in cheese dishes. Since many readers do not, in fact, read the forewords or introductions to the books they choose, this would not impact on their perception of the rest of the book’s contents. 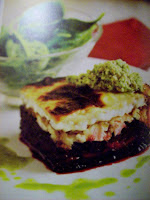 nd taste buds – and will be an informative read for those less schooled in the finer points of the culinary world (i.e. you and me). The dishes are succinctly organized into nine sections: soups and sandwiches, salads, pasta and grains, fish and shellfish, poultry and meat, vegetables and sides, sweets, breakfast, and basics, sauces and spreads. Within each of these sections lie brilliant, rich photography of not only the dishes themselves, which look good enough to lick off the page, but of the areas of the market and farmlands where the ingredients come from. Each elegantly titled (and in some cases complicated-sounding) recipe is prefaced by a short paragraph that highlights the basic idea of the dish, which is a great benefit to the home chef who may otherwise shy away from them. Blessedly precise instructions bring life to otherwise restaurant-grade fare such as Grilled New York Steak with Balsamic-Mushroom Ragout (p. 136-137), and since leftovers are a reality in every kitchen, the reader is also given approximate shelf lives of the prepared goods.

The pride Dammier takes in the origins of his ingredients as well as his fellow culinary artists (such as Gwen Bassetti and Chuck Eggert) is obvious. No less than 19 articles appear on the different (and local) components of his cooking, not including the cheese guides (which are as long-winded as the introduction, unfortunately). Notable emphasis is placed on the fish and shellfish of the region, as well as seasonal fruits and the lifeblood of Seattle itself: coffee. A varied selection of recipes is shown because of the seasonal ingredient shifts, though all have decadent and equally delightful compositions. Though there are undeniably unnecessary inclusions (more Iceberg Wedges [p. 4 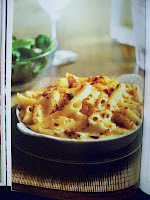 8] or Cobb Salad [p. 54] anyone?) the majority of the recipes are jewels. From a perfect Winter-time Slow-Cooked Orange-Chili Pork Shoulder (p. 130) to a light, Summery Corn, Tomato and Avocado Frittata (p. 212), there is something for every season and craving.

Pure Flavor is a cookbook in the most literal terms: a book for cooks. This is not to say that its contents are to be reserved for the upper echelons of culinary society. In contrast, this book is for the true cooks – the ones that lie dormant within each of us until the right combination of circumstances, like ingredients in a cake, combine to present their gifts to the family dinner table.