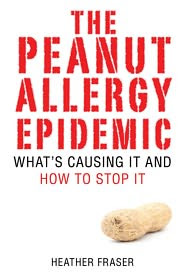 My ex-husband was allergic to peanuts. Strange, I read the article about allergies and realized that I miss him a little. But I need to think in a different way, divorcing him was the right decision. Now I'm going to read the articles about divorce here dfvvlaw.com